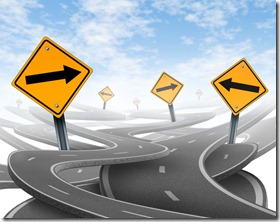 One of the biggest problems of software engineering companies in Switzerland is currently to get new software developers. To get new employees there are several points as for example salary, environment, career possibilities and technologies. The last point looks easy but in reality it isn’t that easy. Why are essential technology decisions (like languages, frameworks, application servers or big libraries) not only made by developers? Why does the management mostly make those decisions?

In this blog post I try to see the technology aspect for creating software from different perspectives. Those views based on experiences and talks I had during the last ten years.

As expected the technology used for the software is for the customer irrelevant. But for him counts the working functionality and some non-functional requirements as usability or performance.

The product owner neither is interested in the used technology directly. He’s mainly interested to get the functionality in time and in budget. But he’s also interested to get a good quality of the product, else he’ll receive complaints from the users (of the customer).

The IT department who has to operate the system is somehow interested in technology. They usually don’t like new technology. One reason is for sure "never change a running system". Another reason is the needed knowhow for every technology. They have to concern the cost of maintaining that knowhow.

The software architect (and I am currently one) is special. When he’s interested in technology, he should take responsibility in the project. If not, you have an architect who lives in the "ivory tower". Mainly the architect should concern more about structure, integration of components or other systems, maintainability and quality.

In most of the companies this part get lost. Today it is hard (specially in Switzerland) to get new developers. So, new and fancy technologies make a job or company more attractive. This means, that the human resource management is interested to use up-to-date technologies.

Today most companies use some self-made frameworks. One reason they spent money to create one is the fear of creative developers who want "to fulfil themself". This means for the management that those developers are out of control and create overcomplicated things with a lot of different technologies. I think this fear is unjustified today, but in the days when everybody could call himself a developer it was not only rightless.
But the management has the difficult task to concern all the roles I described before and make a reasonably decision.

It seams there is a fight between the developers and the management who should make decisions about technologies. It is important that the management has all the information it needs and can concern all the risks of an introduction of a new technology. But the management has to be open to all the facts and arguments and should not presume to make a decision based on old experiences, assumptions or prejudices.
If the decisions are too offensive, then you have at the end quite everything in the IT department (for example all java application server products). On the other hand, if the decisions are too defensive, then you will have a stagnation. This will be very expensive to solve because you have to spend a lot of many to get up-to-date again.